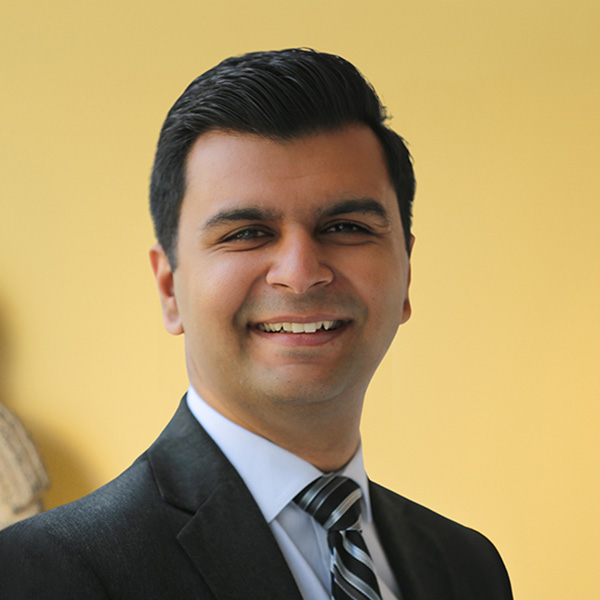 Aman Thakker is a Senior Associate at The Asia Group, where he provides strategic advice and develops tailored corporate strategies for clients that are operating or considering expansion in India and South Asia. Aman brings a deep professional and personal knowledge of India’s political, economic, and geopolitical landscape, and provides clients with actionable insights on policy and regulatory developments, geopolitical dynamics, and broader regional trends across a variety of sectors, including digital payments, e-commerce, social media, telecommunications, manufacturing, logistics, financial services, among others.

Prior to joining The Asia Group, Aman served as Senior Manager, Global Programs at Indiaspora, a mission-driven non-profit organization that worked to inspire the global Indian diaspora to be a force for good. In this role, Aman led the planning and execution of Indiaspora’s global programming across the United States, India, Canada, Singapore, United Arab Emirates, and United Kingdom. He also worked closely with Indiaspora’s Founder and Executive Director on the opening of Indiaspora’s affiliated India office, including managing relationships with external stakeholders including government agencies, legal advisors, and partner organizations.

Prior to this, Aman served as Research Associate at the Wadhwani Chair in U.S.-India Policy Studies at the Center for Strategic and International Studies (CSIS), where he conducted research on India’s federal economic reform process and U.S.-India security ties. While at CSIS, Aman managed the “India Reforms Scorecard” project, which tracked the Indian government’s progress on 30 crucial economic reforms, selected after following an extensive methodology, that could unleash sustainable growth and job creation in India. Aman also managed a bilateral Track II dialogue on deepening security cooperation between India and the United States, which culminated in the publication of a co-authored white paper titled “U.S.-India Maritime Security Cooperation.”

Since 2019, Aman has served as a Non-Resident (Adjunct) Fellow with the Wadhwani Chair at CSIS, where he continues to contribute to the Chair’s research on India’s economic reform agenda, U.S.-India security ties, and India’s foreign and defense policies. His writing has appeared in several outlets, including Foreign Policy, War on the Rocks, The Diplomat, The Hindu, ThePrint, among others. He also appeared on Al Jazeera, CNBC-TV18, and CNN India.

Aman earned his M.Sc. in Modern South Asian Studies at the University of Oxford, where he was the J.B. and Maurice C. Shapiro Scholar at St Antony’s College, and earned his B.A. in International Affairs from the George Washington University. Aman splits his time between New Haven, Connecticut, and Washington, D.C., with his fiancée, dog, and two cats. When not reading or writing about India and South Asia, he is an avid cricket and tennis fan, a reader of non-fiction books, and an explorer of dog-friendly hikes.