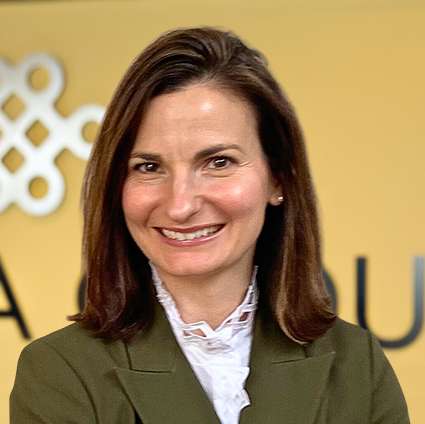 Principal and Director of Research & Analytics

Principal and Director of Research & Analytics

Valerie serves as Director of TAG’s Research and Analytics practice, leading the team’s efforts to produce high-quality and actionable cross-cutting intelligence for TAG’s flagship Daily Asia newswire, rapid-response Instant Insight memos, and custom-made client reports to help clients advance their strategic interests and equities across the region. She also works closely with Managing Partner Kurt Tong in leading the firm’s Thought Leadership efforts and provides critical leadership as a Principal to the Southeast Asia team with a focus on maritime Southeast Asia.

Valerie Rozman has over 20 years of experience studying and working on a wide array of strategic East Asia issues, including sixteen years with the U.S. federal government, primarily in the intelligence community. During her government tenure, she drove strategic analysis and senior policy discussions on the competition for influence in East Asia, including opportunities to enhance U.S. alliances and partnerships across the region and multiple domains for mutual benefit. Her East Asia regional expertise and skill in utilizing big data and structured analytic techniques to solve some of the region's most complex issues resulted in her induction into CIA’s Senior Analytic Service. She has briefed numerous senior U.S. and foreign officials, including the U.S. President and U.S. and foreign Cabinet-level officials, on East Asian regional issues.

Valerie most recently served as the Deputy National Intelligence Manager at the Office of the Director of National Intelligence (ODNI), leading the integration of the Intelligence Community's work on the most pressing East Asia strategic issues. She previously served as the Deputy National Intelligence Officer for East Asia at ODNI, representing the U.S. IC's analytic community and providing strategic insights in support of U.S. policy on Southeast Asia, Japan, and Oceania. As the Mission Representative for CIA's East Asia and Pacific Mission Center (EAPMC), she served as the primary interface between EAPMC and the White House and spearheaded EAPMC's support for high-level policy meetings by identifying and matching policymaker needs with CIA equities and capabilities. Before her government career, Valerie helped Fortune 500 companies identify and address their strategic risks as a consultant with Mercer Oliver Wyman.

Valerie's interest in Asia was piqued during her undergraduate studies at Princeton University, where she received a degree from the Princeton School of Public and International Affairs, a certificate in East Asian Studies, and an Osawa Fellowship from Princeton-in-Asia that allowed her to live and work in Japan. She then went on to further her Japan and East Asian studies at Johns Hopkins' School of Advanced International Studies where she received her MA and was awarded the Tanaka Memorial Fellowship for Achievement in Japan Studies. She hails from New Orleans, LA, and has lived and worked in Japan, Singapore, and Australia. She currently resides in Northern Virginia with her husband, their son, and their two canine children.