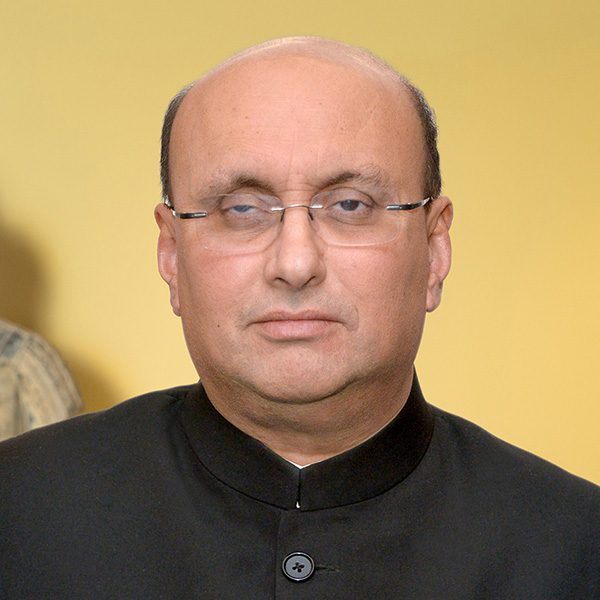 Ashok Malik is a Partner at The Asia Group and Chair of its New Delhi-based subsidiary in India where he leads the firm’s in-market business strategy and services.

Drawing on over 30 years of experience in government, media, and thought leadership Ashok is a recognized specialist on India’s policy landscape and the intersection of business and politics. Ashok advises clients on tailored strategies for market entry and expansion in India, enterprise level risk management and crisis mitigation. His areas of expertise include India’s foreign and trade policies and the government’s approach to international business, resilient supply chains and national capacities.

Prior to joining TAG, Ashok served for three years (2019-22) as Policy Advisor/Additional Secretary in India’s Ministry of External Affairs. In that capacity, he worked closely with External Affairs Minister Dr. S. Jaishankar and others in the senior leadership of the Ministry to help shape and explain India’s foreign policy in a crucial and eventful period for the international system. Between 2017 and 2019, Ashok served as speech writer and spokesperson for the 14th President of India, President Ram Nath Kovind.

Before entering government, Ashok was a Distinguished Fellow at the Observer Research Foundation, one of India’s preeminent think-tanks. From 2015, he led ORF’s Neighborhood Regional Studies Initiative. Earlier, in June 2013, Ashok was named to the Australia India Institute-ORF Chair for Indo-Pacific Studies. Here he focused on the bilateral relationship between India and Australia as well as the emerging economic and institutional architecture of the Indo-Pacific region.

In 2012, Ashok’s book, India: Spirit of Enterprise was published by Roli Books. It encapsulated the story of the growth of India’s leading private sector businesses since the inauguration of the government’s liberalization program in 1991, and their role in a globalizing economy.

Ashok began his career in the news media, serving in senior editorial positions in leading Indian publications that included Times of India, India Today and Indian Express. He rose to become one of India’s best-read columnists and commentators. In 2016, he was awarded the Padma Shri, one of India’s highest civilian honor.

Born in Kolkata in 1969, Ashok studied at La Martiniere School and then Presidency College (now University) in the same city. Married to a scientist who works in public health, Ashok has two children. In his spare time, he reads when he can, and collects old maps when he can afford to.